The Never Was Album 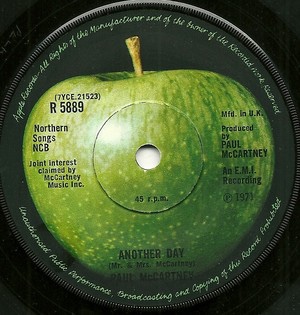 As anyone who knows me will testify, I’m an inveterate Beatles knut. I know every song in their canon, can recite trivia that interests no one and won’t hear a word said against them.

Of course they broke up decades ago after a moderately short career. There has been endless speculation about what the band might have done if they hadn’t fallen out, but what we can’t dispute is that the four of them went on to very successful solo careers.

So, some time ago I came across a playlist, on t’internet, entitled ‘The Neverwas Album’; a compilation of the tracks that surfaced in the latter days of The Beatles but were never [properly] recorded by the band. Whether they were ever seriously considered as Beatles tracks, we’ll never know, but their authors though they were good enough to record them early on in their solo careers.

What I find interesting, listening to the playlist, is the huge difference in style that emerges from the recordings.

Although McCartney has gone on to be hailed as one of our greatest, his contribution to this collection is almost amateurish. Okay, he was the one who technically quit the band and didn’t get paid for ages. So he had limited resources with which to record his ’McCartney ’ album. But his tracks still sound like an afterthought.

Ringo, never the songwriter in the band, suddenly seemed to fall in with a talented bunch and produced some poppy but catchy tunes. Nothing special but nice enough.

Both Lennon and Harrison were working with Phil Spector and John, always political, produced some of his most acclaimed work in the aftermath of the break up. And it is John’s tracks from that time that often get the plaudits.

But listening, almost 50 years later, to this collection of tracks, the ones that stand out are, arguably, the least well know. The Harrison tracks. They come over as well constructed pop songs, exactly what The Beatles had achieved their fame, and popularity, through.

‘The Beatles’ is synonymous with ‘Lennon & McCartney’ but, if the band had stayed together past 1969, would their later output have been dominated by ‘Harrison’ credits? We’ll never know.